WHAT IS THE CTG & STAN COURSE

The aim of the CTG & STAN Course is a) the pathophysiological approach of the way the fetus defends itself in a hypoxic intrauterine environment as a result of an ischemic attack and b) the recognition of signs of progressive fetal decompensation. The purpose of fetal cardiovascular monitoring during labour is to timely detect hypoxia of the fetus, so that either additional assessments of fetal well-being (ex. STAN) can be used or to proceed directly to deliver the baby through caesarean section or vaginal delivery, achieving thus to reduce perinatal / neonatal morbidity and mortality (NICE 2014, FIGO 2015).

The Course is organized in collaboration with Physiological – CTG Interpretation Group. 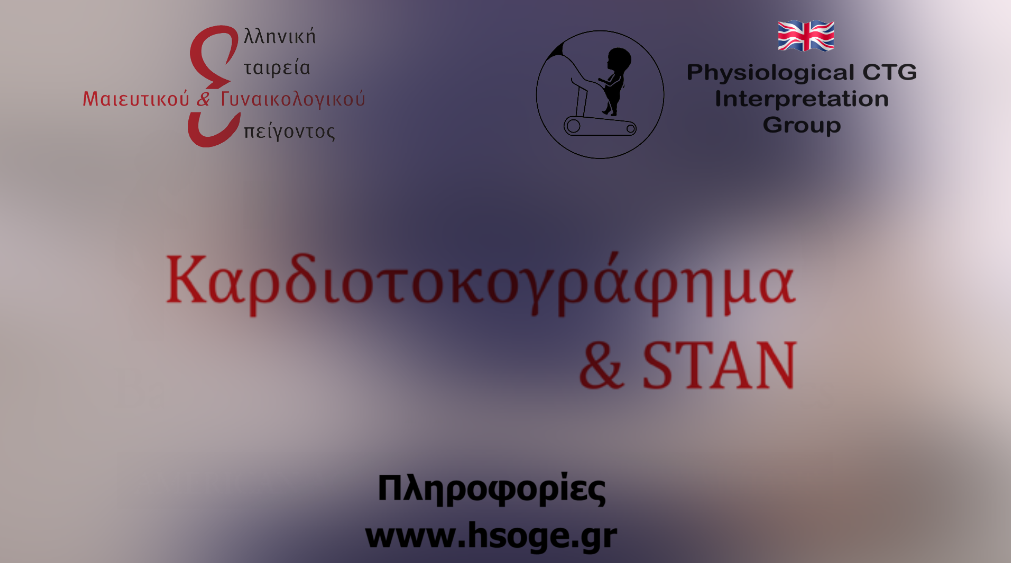